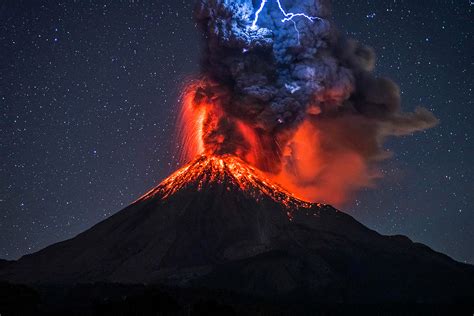 Volcanic eruptions may have triggered abrupt climate changes contributing to the repeated collapse of Chinese dynasties over the past 2,000 years, according to new research published today [Thursday, 11 November 2021].

The study also illustrates how volcanic eruptions can profoundly impact vulnerable or unstable regions and highlights the need to prepare for future eruptions.

The research, which combines historical evidence with polar ice-core records of volcanic eruptions, was led jointly by historians and environmental scientists from Trinity College Dublin and Zhejiang University, China. It will be published today in Communications Earth & Environment, a new high-profile journal from Nature Portfolio.

Scientists have identified explosive volcanic eruptions as one of the most important drivers of dramatic changes in climate, often triggering sudden cooling and drying that can cause livestock death and crop damage. However, our understanding of the role played by such abrupt climate shocks in state or societal collapse has been limited by the precision and accuracy of dating of available historical and climate evidence.

“China has a remarkably long and richly documented history of multiple ruling dynasties, including major world powers like the Tang Dynasty, which collapsed in 907 CE, or the Ming Dynasty, which collapsed in 1644. With so many precisely dated collapses, we can look not just at individual cases of collapse that may or may not have followed a change in climate, but rather look simultaneously at many collapses to see whether there is a repeated pattern where a change in climate was followed by collapse. This can tell us whether climatic change played a very minor role in dynastic collapse, or whether it posed a systematic threat to these powerful and sophisticated societies.”

John Matthews, postdoctoral fellow at the Trinity Centre for Environmental Humanities and co-author on the paper, explained:

“Researchers have identified a lot of historical eruptions through sulphate deposits in the polar ice, so we expect that some collapses will have been preceded by eruptions purely by chance. To convince ourselves we were seeing something significant, we ran the numbers and found there would be just a 0.05% chance of seeing so many collapses preceded by so many eruptions if that had actually happened randomly. This study shows a repeated link between volcanic eruptions and dynastic collapse.”

Some dynasties, the authors note, withstood numerous large eruptions before eventually succumbing, suggesting that the role of volcanism in collapse is far from straightforward and that dynasties were often resilient to sudden, volcanically triggered, climate shocks.

To gain further insight, the researchers assessed the role of explosive volcanism in tandem with other sources of stress or instability that a dynasty might experience by examining levels of warfare prevailing in the decades before collapse. Warfare was found to be elevated before most collapses, but the study also revealed a strong link between the magnitude of a volcanic climatic shock and the level of pre-existing stress.

“We found that even a small volcanic eruption might help trigger a collapse when pre-existing instability was high. Larger eruptions, however, could trigger a collapse even when pre-existing instability was minimal. So as ever, historical context is key to understanding how climate can impact a society. It is also clear that we should be preparing for the impacts of the next big eruption – so far in the twentieth and twenty-first centuries, the eruptions we’ve experienced have been minnows compared to some that these dynasties had to deal with.”

Chaochao Gao, Associate Professor, Zhejiang University, China, who co-led the research concluded: “This study tells us how important it is to build a resilient society to cope with the natural hazards that we face, be they volcanically-induced or otherwise.”