By Christopher Monckton of Brenchley | March 2, 2021

Boris Johnson, ambitiously described as a Prime Minister, has flatulently tried and humiliatingly failed to persuade the Security Council of the Untied Nations that “Cloimate Chynge is a threat to our security”. That he should thus have wasted the first opportunity in three decades for Britain to chair the Security Council shows how poor is his judgment both about matters of science and about what does and does not constitute a threat to national and international security. 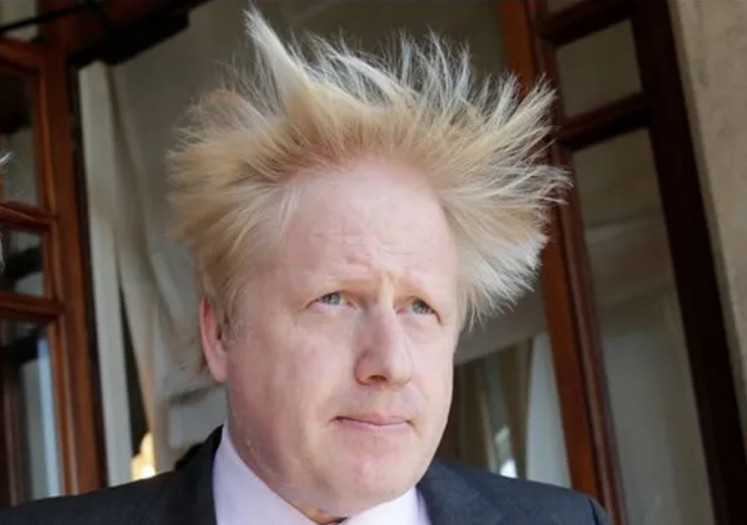 Sister Flatulenta of the Breath of Heaven, as Jacob Rees-Mogg calls him, delivered what the late Professor Sir Denis Page, the immensely grand Regius Professor of Greek in the University of Cambridge, used to describe in his lectures as a “gaseous halation”.

Boris hemmingly-hawingly whiffled and waffled that some would argue “all this – er – green stuff from a – ah – bunch of tree-hugging tofu-munchers” is not a suitable subject for a UN meeting, but “I couldn’t – um – disagree more profoundly”. He opined that the Security Council needed to “act on cloimate chynge to protect “global peace, security and stability”, and motherhood an’ apple pah an’ all.

“Whether you like it or not, it is a matter of when, not if, your country and your people will have to deal with the security impact of cloimate chynge.”

Well, the Russians and the Indians weren’t having it. The Russians sell their vast Siberian natural-gas reserves through the pipelines to Europe, sometimes at up to four times the world price, while the Indians are building coal-fired power stations just as fast as they can – though nothing like as fast as China. Indeed, 80% of all new CO2 emissions come from nations entirely exempt from the Paris protocols. Russia and India both vetoed Johnson’s ludicrous proposal, for he and his officials had not done their groundwork in the chancelleries of empire before he wasted everyone’s time with his silly proposal.

Boris’ initiative, like a gaseous halation in an elevator, was wrong on so many levels. A spokesman for the Communist front group Greenpeace (Patrick Moore’s phrase, not mine, and he ought to know, as a founder of it who saw it stolen from its founders) accused the Prime Minister of “weapons-grade hypocrisy”.

For the Government over which BoJo nominally presides has just announced a new coal mine, which Greenpeace dislikes because coal-fired power gives the hated capitalists affordable, reliable energy. At the same time he announces that Britain will no longer lend to developing countries desperate for affordable, clean coal-fired power.

HM Government is also ending its failed program of grants for insulating older buildings, which was so intensely bureaucratic that far fewer than expected applied. It is also building an instant white elephant in the shape of a multi-billion-dollar high-speed rail line from London to Birmingham, which will destroy ancient woodlands and add to the nation’s crippling debt while reducing the journey time between the two cities by a headline-ungrabbing ten minutes. And Boris has upset Roger Harrabin, the unspeakable BBC’s “environment analyst”, by spending many tens of billions on new roads.

The UN, which peddles the climate nonsense relentlessly because it is profitable and gives that corrupt bureaucracy an apparent role and a quasi-legitimacy that is otherwise strikingly absent, has taken to parading a succession of non-experts at its public sessions on global warming. This time Sir David Attenborough (Sister Myopia of the Beatific Vision) was wheeled onstage.

Attenborough, who was converted with astonishing rapidity to climate Communism as soon as he learned that the unspeakable BBC was dropping his far more learned rival the late David Bellamy as an environment commentator for having dared to raise questions about the Party Line on global warming, said global warminng “poses threats to security of a new and unprecedented kind. [No, it doesn’t, but misguided actions intended to prevent it do].

Changing weather would “turn forests into deserts [no, it won’t: the Earth has been greening by 15-30% in just the past few decades thanks to CO2 fertilization, and as long ago as 1981 it was reported that the Sahara had shrunk by 300,000 km2 thanks to the greater moisture content of the warming air, which is precisely what one would expect if, like David Bellamy but unlike the useless Attenborough, one knew what the Clausius-Clapeyron relation is and how it mandates more water vapor, not less, in warmer air] “and drown great cities” [no, it won’t: sea level is rising at about 8 inches per century, just as it has for 150 years, and the apparent increase above that rate is caused entirely by a “glacial isostatic adjustment” – yes, yet another adjustment – which, whatever it is and whether or not it is justified, and it isn’t, is not a real sea-level rise at all].

Sir David maundered on that “the world is perilously close to tipping points that, once passed, will send global temperatures spiralling catastrophically higher. If we continue on this path we will face the collapse of everything that gives us our security – food production” [no, global crop yields in 2020 reached yet another record high, a fact that the unspeakable BBC somehow failed to report], “access to water” [no, the main reason for lack of universal access to water is the refusal of governments and banks to lend for coal-fired electrification to pump it where it is needed], and “ambient temperatures” [which are rising at little more than a third of the originally-predicted rate].

Let us deal firmly with Attenbore’s nonsense about “tipping points”. No genuinely truth-seeking scientist would use the kindergarten phrase “tipping point”, but then Boaty McBoatface is not a seeker after truth. He is a mere propagandist, and they are two a penny.

The climate, like many dynamical systems, behaves as a chaotic object – very small perturbations in its state at any moment can trigger very large changes. However, the climate is not like the Verhulst population model, in which sudden, startling and rather beautiful phase transitions occur only when the value of a key parameter, here the rate r of increase in population, exceeds some threshold value, here 3.

In passing, it is worth noting that the Verhulst population model put paid to one of the most enduring scare stories that preceded the climate scare – the Malthusian notion that population, unless interfered with by artificial means, would always tend to increase exponentially until resources became exhausted, whereupon mass starvation would ensue.

Since the climate is near-ideally thermostatic, it behaves less like the Verhulst model and more like the Mandelbrot set, given by the quadratic recurrence equation

for z1 = 0 and c a complex number. The Mandelbrot set is at once the simplest and the most complex of all chaotic objects: indeed, it has been described as “the most complex object in the history of mathematics”. In the Mandelbrot domain, phase transitions occur all over the Argand plane and in all directions. In chaotic objects of this class, any change at any moment may precipitate a phase transition.

If anything, one is more likely to get phase transitions in the climate object if the weather cools than if it warms. Warmer weather reduces the temperature differentials in the system that lead to violent weather, which is why – contrary to what is generally reported in the Marxstream media – in recent decades there has been a decline in just about every indicator of severe weather worldwide.

However, there is so much internal variability in the climate that even if it were in our power to hold global temperature fixed, which it is not, phase transitions would occur all the time. They are called “weather”.

Order out of chaos: a small region in the Mandelbrot domain

A rocket scientist once contacted me and asked me to do a pre-submission review of a paper he was writing on chaos theory and climate. He knew that I had programmed several chaotic objects, but he was not himself familiar with chaos theory. His thesis was that the climate, being deterministic, could not and did not behave as a chaotic object, because chaotic objects, as their name implied, behaved randomly.

However, as the above image of a small region in the Mandelbrot domain shows, chaotic objects do not behave randomly. Far from it. They behave in a highly ordered fashion. Indeed, they are deterministic, but they are indeterminable unless one has a sufficiently well-resolved knowledge of the initial conditions at a given starting-point.

It is not difficult to demonstrate that, in the climate, we do not know and cannot know the initial conditions to a resolution sufficient to permit reliable, long-term prediction of when, with what magnitude and in what direction a phase transition will occur. So much for Attenbarf’s “tipping points”.

Indeed, even the generally mendacious Intergummintal Panel on Climate Change admits that the climate is a complex, coupled, chaotic object, so that the long-term prediction of future climate states is not possible. Unfortunately, IPeCaC then goes on to say that ensembles of climate models can, after all, predict what is in reality inherently unpredictable.

I corrected the rocket scientist’s draft and he was so pleased with it that he made me a co-author. However, when he submitted the paper to a leading learned journal, the editor told him it would be unhesitatingly rejected unless my name were removed, for I was a “climate denier” and must not be published anywhere. Thus does the blanket of the dark descend once more.

How absurd it is that someone as militantly ignorant and downright dishonest as Attenborough (remember the walruses allegedly killed by “climate change” rather than by the world’s growing population of polar bears?) should be treated with adulation when he talks complete drivel about global warming and the imagined “tipping points” about the underlying mathematics of which he knows absolutely nothing, and should be given head-bangingly deferential headlines by the unspeakable BBC and its nitwit of an “environmental analyst”.

Forsan et haec olim meminisse iuvabit! One day – dabit Deus his quoque finem – history will record that at this time of near-universal official madness, when Presidents and Prime Ministers, journalists and broadcasters demonstrated their spectacular ignorance of elementary mathematics and physics every time they opened their mouths and bossily uttered the words “cloimate chynge”, there were a few still, small voices of calm and reason that kept the flame of truth alive for the sake of future generations. As Boris Johnson ought to know, there is no greater security, in any nation on any planet, than that which is earned and won – even in the face of fashionable falsehood – by the restless, dispassionate pursuit of objective truth that is the raison d’être of science. 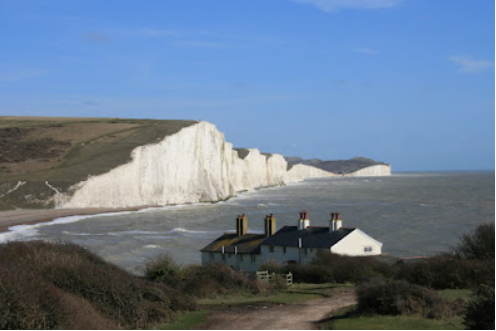