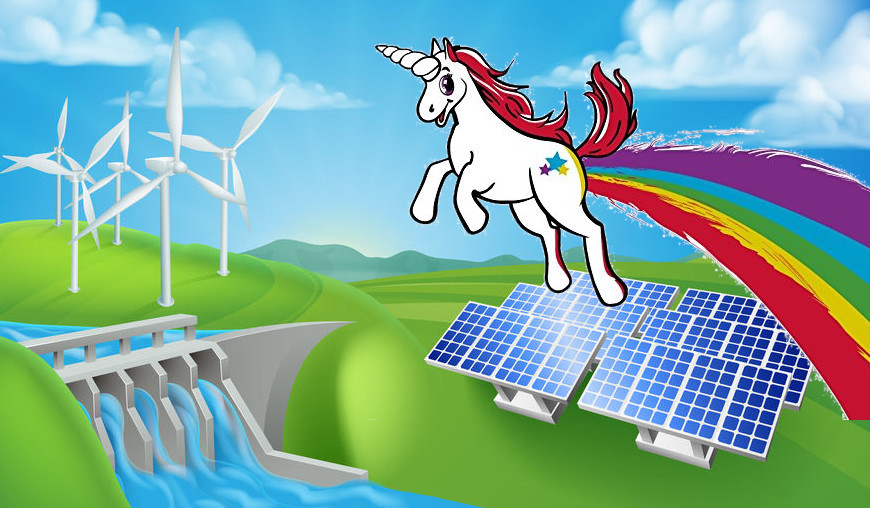 h/t M; Epoch Times Sticking it where it hurts, to all the politicians who have given lip service over the years to the climate crisis lie.

The Big Green Lie Almost Everyone Claims to Believe

Almost every member of Congress, Democrat or Republican, pays homage to the Big Green Lie. So do all the past and remaining Conservative candidates vying to be prime minister of the UK and every candidate currently vying for the leadership of the Conservative Party of Canada. So does virtually all of the mainstream press. The Big Green Lie—that carbon dioxide is a pollutant—is so pervasive that even those considered skeptics—including right-wing NGOs and pundits—generally adhere to the orthodoxy, differing not in their stated belief that CO2 is a pollutant but only in how calamitous a pollutant it is.

The claim that the “science was settled” on climate change never withstood scrutiny. Scientists around the world signed a series of petitions to dispute that claim. The 2008 Oregon Petition, spearheaded by a former president of the National Academy of Science and championed by Freeman Dyson, Albert Einstein’s successor at Princeton and one of the world’s most preeminent scientists, was signed by more than 31,000 scientists and experts who agreed that “the proposed limits on greenhouse gases would harm the environment, hinder the advance of science and technology, and damage the health and welfare of mankind. … Moreover, there is substantial scientific evidence that increases in atmospheric carbon dioxide produce many beneficial effects upon the natural plant and animal environments of the Earth.”

What is settled is the abject failure of the three-decade-long attempt by the bureaucracies of the 195 countries of the U.N.’s Intergovernmental Panel on Climate Change to convince anyone other than themselves, a credulous media, and a relatively few gullible people that climate change represents an existential threat. Poll after poll over the decades show the public gives climate change short shrift when asked to rank its importance.

What bothers me most about the climate crisis is the opportunity cost, the needless economic pain people endure.

In the USA gasoline prices have skyrocketed, because Brandon’s rabid green administration refuses to allow domestic energy providers to drill for more oil, and refuses to build new pipelines like Keystone.

Britain, which has embraced this fable more than most, is expected to experience 70% household power bill increases this year, which no end of sight – even though the British people are literally sitting on vast reserves of shale gas, which could cut their energy bills almost overnight.

As for Australia, our nation is a mountain of coal and Uranium, but our government is trying to shut down the the coal and has forbidden the construction of nuclear power plants.

Sooner or later voters will tire of waiting for the promised low cost energy renewables are supposed to deliver, but when they finally awaken, it will still take many years more, to undo the damage this madness has caused.