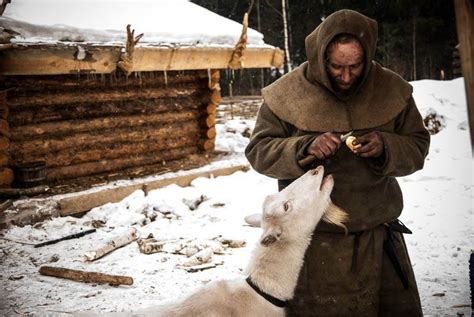 In the Middle Ages, it was similarly warm in Switzerland and other parts of Central Europe as it is today. The so-called Medieval Warm Period (MWP) is scientifically well documented in the region: Between 800 and 1300 A.D., many Alpine glaciers shrank dramatically and some were even shorter than today. The tree line shifted upward. Permafrost thawed in high alpine regions that are still firmly in the grip of ice today. Warm temperatures are also clearly evidenced by tree rings, pollen, chironomid fossils, and other geological reconstruction methods.

It had long been assumed that the medieval warmth might be a regional, North Atlantic phenomenon. However, this has not been confirmed, because the warm phase also occurred in many other regions of the world, for example, on the Antarctic Peninsula, in the Andes, in North America, in the Arctic, in the Mediterranean, in East Africa, China and New Zealand.

Together with professional colleagues, we at Die kalte Sonne have evaluated many hundreds of case studies from around the world in recent years and published the syntheses continent by continent in peer-reviewed journals.

Three of the publications have been cited by the Intergovernmental Panel on Climate Change (IPCC) in its recently published 6th Assessment of the Climate report. The medieval warmth was then followed globally by a precipitous drop in temperature. During the Little Ice Age, 1450-1850, the climate cooled to the coldest temperature level of the entire last ten thousand years.

Taping the hockey stick back together

In the new IPCC report, one will unfortunately look for this information in vain. In it one elevates one’s own view of the climate history of the last thousand years. In the summary intended for politicians, a controversial temperature curve is prominently displayed right at the beginning, giving the impression that there were only minimal pre-industrial climate changes in the last two millennia. With the onset of industrialization around 1850, the curve then rockets upward by more than one degree. This mode of representation is also known as the “hockey stick”: The climatically supposedly uneventful pre-industrial period forms the straight shaft of the stick, and at its end, with rapid modern warming, comes the upward blade of the hockey stick. It is therefore a déjà vu, an unnecessary one. The 3rd Assessment of the Climate Report of 2001 already contained a similar field hockey stick pattern, intended to fool politicians into thinking that today’s warming was unprecedented and therefore entirely man-made.

In the last two decades, however, paleoclimatology has made great progress, and data have been diligently collected. From this, more realistic temperature developments were created, with a pronounced Medieval Warm Period and a later Little Ice Age.

All the more bitter now is the relapse into old hockey stick times. How could this happen? What were possible motivations behind the renewed distortion of climate history?

Why back to the hockey stick? PAGES 2k

The questionable new hockey stick temperature curve comes from the international paleoclimatology group PAGES 2k, whose coordinating office is based at the University of Bern in Switzerland. Climate scientist Thomas Stocker, who has contributed to IPCC reports since 1998, also teaches and conducts research at that university. In 2015, Stocker even ran for the overall IPCC chairmanship, but lost to South Korean Hoesung Lee, who just presented the 6th Working Group 1 report. Stocker co-authored the Summary for Policymakers of the IPCC’s 3rd Assessment of the Climate report in which the hockey stick played a prominent role.

Dissent among the PAGES-2k group

A good twenty years later, the resurfaced field hockey stick now comes from Stocker’s university, where he heads the Department of Climate and Environmental Physics. Just a dumb coincidence? There are many indications that the new climate curve may have been a commissioned paper for the 6th IPCC report. Five of the nineteen authors of the papers on the new hockey stick curve are from Bern.

But a significant portion of the PAGES-2k researchers could not technically support the new hockey-stick version and walked out of the group in dispute.

Proof thanks to tree rings

Meanwhile, these dissenting scientists published a competing temperature curve with clear pre-industrial climate changes. Based on tree rings, the specialists were able to prove that summer temperatures had already reached today’s levels several times in the pre-industrial past. But the work of Ulf Büntgen of the ETH Research Institute WSL and colleagues was not included in the IPCC report, although it was published in time for the editorial deadline. Interestingly, the controversial PAGES-2k curve was already included in the first draft of the 6th climate report, although the associated publication had not even formally appeared yet.

How could this be? In the second draft of the Summary for Policymakers, the curve shrank to postage-stamp size, positioned on the edge of a composite larger figure. This was the last version available for comment by the IPCC reviewers, of which a Die kalte Sonne scientist was one of the reviewers. It was all the more surprising, then, when the field hockey stick image suddenly appeared in full size in the final version.

The IPCC concealed from the public the fact that many experts and reviewers consider the curve to be highly problematic. On the one hand, the new hockey stick contains a whole series of outlier data, the use of which is difficult to justify. For example, PAGES-2k integrates a tree-ring dataset from the French Maritime Alps, even though the creators of the original case study explicitly advise against using it for temperature reconstructions. On the other hand, data are omitted that demonstrate strong pre-industrial natural climate variability. Detailed criticisms of this made in the review process of the report and formally published in publications were ignored by the IPCC authors.

That’s how easy it is to rewrite climate history, and hardly anyone notices. Why is this important? Pre-industrial temperature trends are highly relevant to the attribution of modern climate change to man-made factors on the one hand and natural factors on the other.

Since climate models have assigned only negligible natural climate forcings, they can only generate hockey stick patterns. Any real observed pre-industrial warm or cold phase therefore causes problems for the models because they cannot reproduce it. They are designed not to do so from the outset.

This raises uncomfortable questions about their fitness and usability for projecting the future climate. Ultimately, they are uncalibrated simulations that should not be released for future modeling at all, as long as they are still failing on past climate  In other words, if a climate model provides answers to the question of what the past was like that are miles off reality, forecasting the future is likely to be similarly aberrant.

It is particularly peculiar that the climate models of the so-called CMIP6 type that were created specifically for the 6th Climate Report proved to be mostly unusable. Due to cloud modeling errors, they provided temperature histories that were far too hot. Therefore, the IPCC stated that in the current 6th report that it would place more emphasis on the historical temperature development.

However, since this is also – as described – highly controversial, the IPCC is also now virtually flattening its spare tire. In its official press releases, the IPCC largely omits these inconvenient issues. And in most media reports, too, the public hears nothing about them.

Thus, scientific integrity falls by the wayside. It is only a matter of time before critical climate scientists systematically address the inconsistencies in the filtered IPCC 6th climate report. The incident reveals how political tactics are undermining the IPCC’s scientific integrity and further eroding the trust placed in the institution.