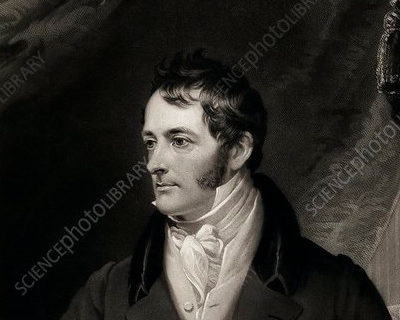 Experiment
III. Experiments on the quantity of gases absorbed by water, at different temperatures, and under different pressures

Though the solubility of an individual gas in water forms, generally, a part of its chemical history, yet this property has been overlooked, in the examination of several species of the class of aëriform substances. The carbonic acid, indeed, is the only gas whose relation to water has been an object of much attention; and, at a very early period of its history, Mr. Cavendish, in the course of inquiries, the results of which were the groundwork of the most important subsequent discoveries, ascertained, with peculiar care, the proportion of carbonic acid gas condensible in water, at the temperature of 55º of Fahrenheit. Dr. Priestley also, about the same period, directed his attention to the saturation of water with fixed air, and contrived a simple and effectual mode of obtaining this impregnation. His apparatus, afterwards, gave way to the more manageable one of Dr. Nooth; and this, in its turn, has been superseded by the improved mode of condensing, into water, many times its bulk of various gases, invented and practised by several chemical artists, (as well as by myself,) both in this country and abroad. The influence of pressure, in accomplishing this strong impregnation, was first, I believe, suggested by Dr. Priestley. “In an exhausted receiver,” that most ingenious philosopher observes, “Pyrmont water will actually boil, by the copious “discharge of its air; and I do not doubt, therefore, that by “means of a condensing engine, water might be much more “highly impregnated with the virtues of the Pyrmont “spring.”